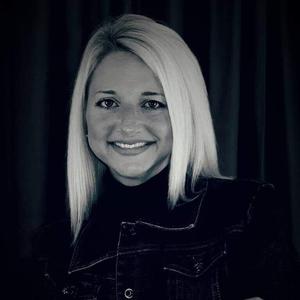 Every year, Cribs for Kids Headquarters celebrates Women's History Month by hosting the Women of Achievement Awards to acknowledge successful and prominent women in the Pittsburgh area. Honorees are nominated and selected based on excellence in their field, making a significant contribution to the betterment of their communities, or outstanding accomplishments for the advancement of women.

About Dana:
After many years of helping others achieve their dreams, Dana started consulting on her own after working for the past few years with a PR Consulting firm as Vice President, Director of Marketing and Social Media. She specializes in Political Strategy/Communications, Data and Strategic Analysis, Social Media/Marketing and Fundraising.

Dana currently is an elected Allegheny County Democratic Committee Woman in her township and held the position of Secretary for a few years. She serves locally on the Planning Commission and is a member of the conservancy. Most recently, she was appointed to the Pennsylvania Democratic State Committee. She has worked on several political campaigns across Allegheny County. She has worked with numerous female candidates and has proudly worked getting them elected and re-elected into office. She has also mentored young women who have an interest in the future with politics.

She has hosted several events and fundraisers for nonprofits across the Pittsburgh region. In 2011, she was one of the eleven mothers invited to witness the historical signing of House Bill CBRS 326. She served as a member of the Board of Directors for Cribs for Kids and in 2012, was awarded the Jefferson Award by the Pittsburgh Post-Gazette and the Pittsburgh Foundation. In 2013, Dana was awarded the Starfish Award by Cribs for Kids. In September 2015, she was a nominee for the Athena Awards and nominated for a second time in September 2017.

Above everything, Dana says her greatest accomplishments are her family and being a mom.