The Seton LaSalle Catholic High School Hall of Fame honors alumni and faculty of Seton LaSalle, Elizabeth Seton, and South Hills Catholic High Schools with notable accomplishments through their professional and personal lives. These accomplishments are exemplary and tangible demonstrations of the values embodied at Seton LaSalle Catholic High School.
The first awards were presented in 1991. At that time, John T. Cicco was also honored with a special award. Though he was not an alum, he had been so devoted to the school and was a lifetime advocate of Catholic education. It was at that time that the John T. Cicco Lifetime Achievement Award was created in his name and is now given during the Hall of Fame event.

A nominee to the Hall of Fame should meet some, or all, of the following criteria:


*The same criteria apply for the John T. Cicco Lifetime Achievement Award, but the award is for non-faculty and non-alumni. 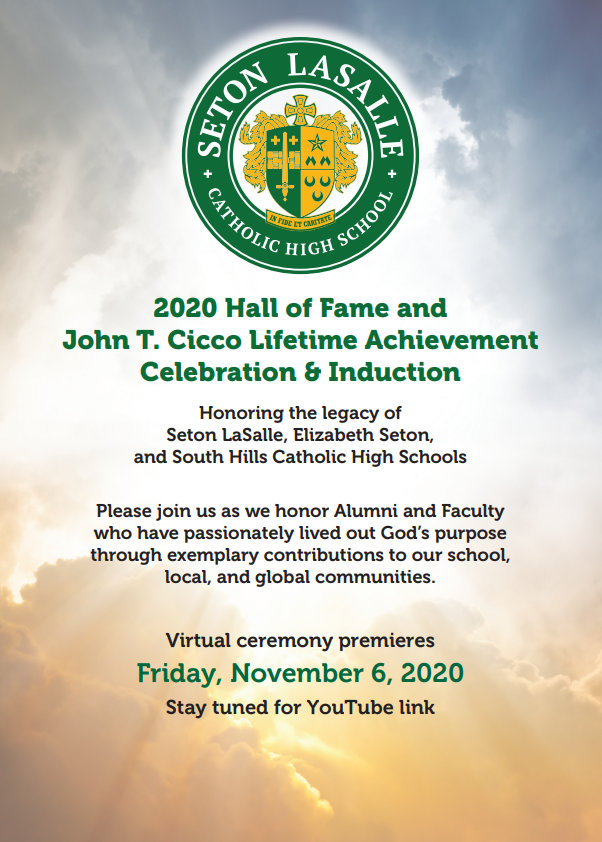